On today’s show we’re talking to Charlie from Themselves Press, we’ll be telling you all about the weird history of police mug shots, there’s a couple of book reviews and a bit of a listener memorial to Aloy Anderson.

Last episode we interviewed Denise Grays (@deniseg316), who had just published a zine through Themselves Press. That zine distro and press is run by charlie chux camuglia (@casualscience) of Themselves Press (@themselvespress).  Since they’re into film photography, zines, art and cats, it just seems natural that we’d give them a call.

Here are some of their photos:

This is Charlie’s site: https://www.casual-science.com/hello

And don’t forget to visit themselvespress.com

The History of Mug Shots

It would be tempting to say that before the invention of photography, there was some sort of rudimentary form of mugshots. We might even want to claim that Wanted Posters from the Wild West and runaway slave notices were proto-mugshots.

But they weren’t. Both existed before photography. Wanted posters eventually used photography, while runaway slave notices never used it at all (enslaved people were generally not photographed).

In truth, mugshots grew out of the portrait industry. Both were, essentially, identical: front-facing, no expression, and photographed from the shoulders up. The stereotypical side-facing mugshot came later, and we’ll get to that.

Here are some we mentioned:

We also mentioned Underworld: Mug Shots from the Roaring Twenties.

We asked our followers on Instagram to leave us voices message memorials to Aloy Anderson, who passed away last month.

His memorial service is here: https://www.youtube.com/watch?v=JKa_AeQ_MMQ

REview: Black & White & Weird All Over

Review of Black & White & Weird All Over by Jon “Bermuda” Schawartz. 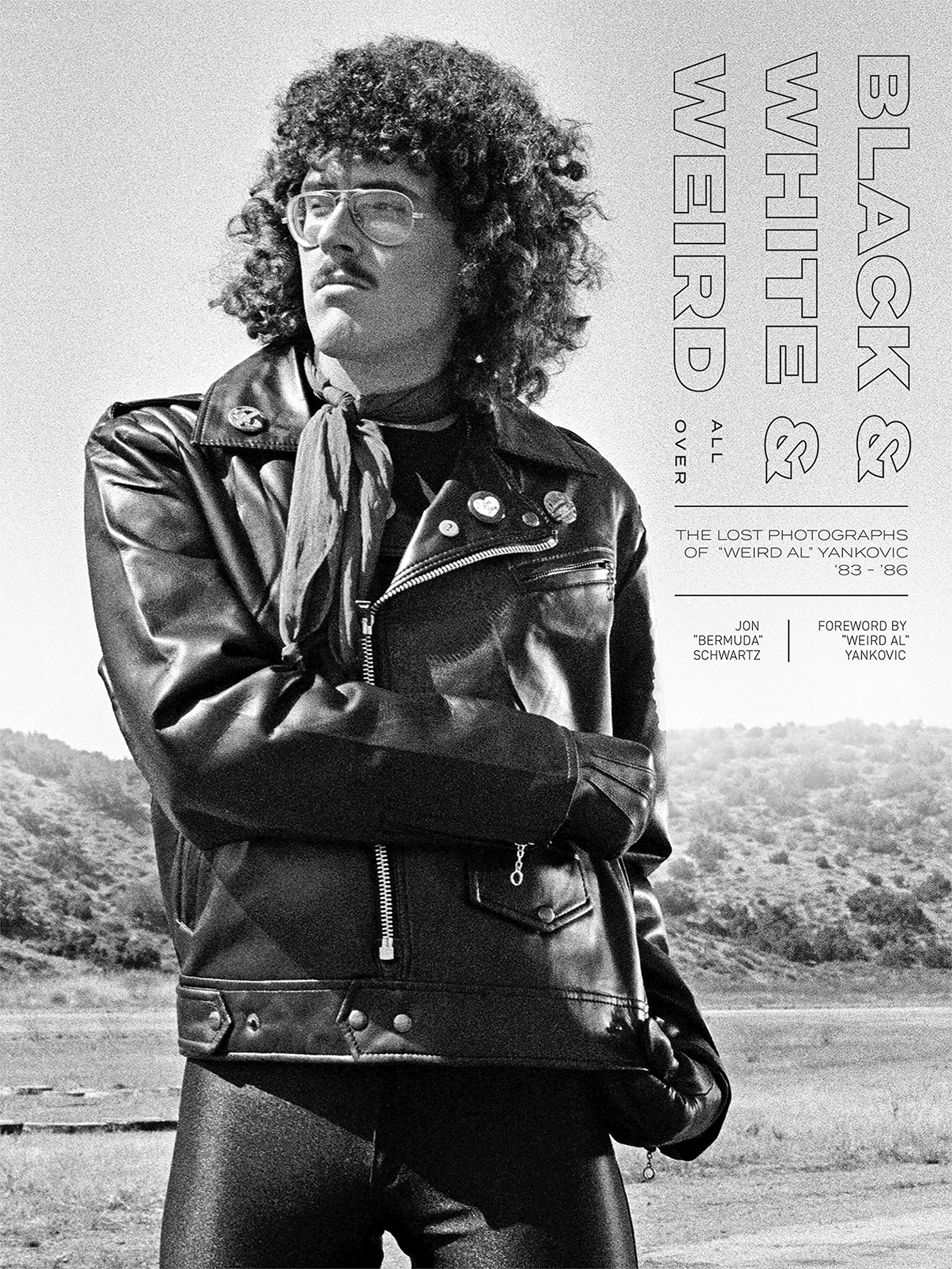 “Bermuda” Swartz has been Weird Al Yankovic’s drummer since they met on the Dr. Demento Show in September 1980. And while he’s known mostly for that, he was also a photographer. He picked up a Minolta SRT-101 in the early 70s, and was rolling his own rolls and printing in a home darkroom not long after. He quickly discovered that he simply documented everything.

When it became more economical to shoot color, he switched over. But in 1983, as Weird Al was shooting the video for “Ricky” (a Desi & Lucy-based parody of Toni Basil’s “Hey Mickey”), he thought that black & white might just be the better choice to capture the shoot. He was not wrong.

The book, a 200 page hardback, is made up of a couple hundred photos from 1983 to 1986, covering Al’s first album through his fourth, Polka Party.

Thank you to everyone who supports us!

Our featured Patron for this episode is

The Credits of Ending

All Through a Lens: IG, Website, Patreon, Spotify Playlists