We’re doing something a bit different this session of Dev Party – we’re stand developing color! What’s that, you say? Is that even a thing? Well it is. Sort of.

First, stand developing usually (always?) means diluted developer and longer times with zero-ish agitation. For instance, a lot of folks stand develop with Rodinal, mixing it 1+100 and letting the film stand in it for an hour.

This isn’t what we’re doing here. And yet, it’s called Color Stand Developing for some reason. 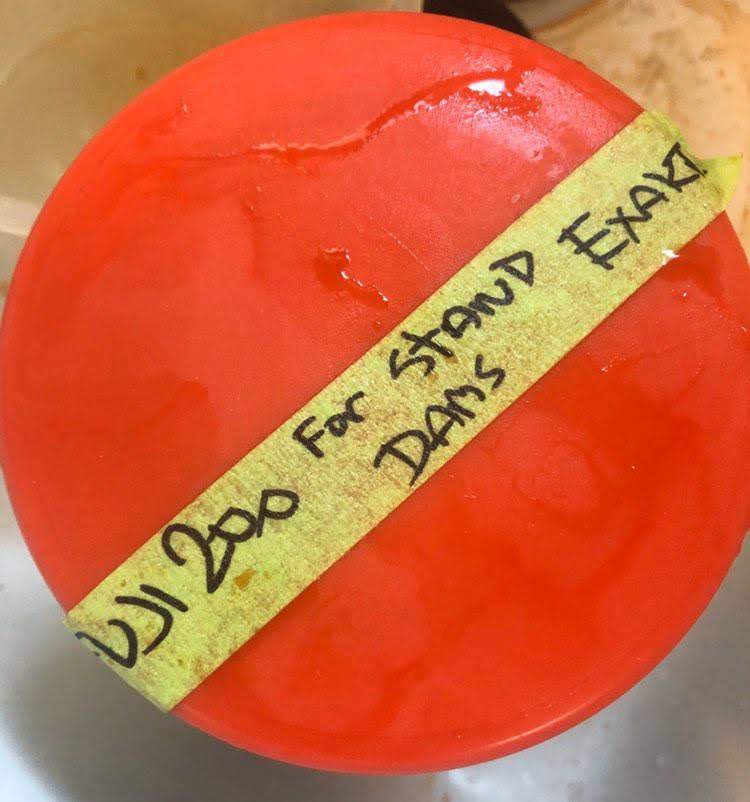 In this episode, Vania “stand” develops a color roll in C-41, while Eric does one in ECN-2 (the developer used for motion picture film).

In both cases, the used the regular dilution at 68F (20C). After pouring it into the tank, we agitated for a minute then let it stand for 45mins (rather than an hour). This was based on what most folks seemed to do.

When it came to Bleach/Fix/Blix, many people were doing them at around 45 minutes each. After digging into the science of it, we decided that it was unnecessary. Vania Blixed for the typically-recommended amount of time, and Eric did the same for the Bleach and Fixer.

But how did it all turn out?

While Vania liked her results, Eric was a bit unimpressed.

For him, this was part of a larger test to see how Fuji Color 200 would react to normal and stand development at various ISOs. He shot identical scenes in two rolls, metering for 25ISO up to 1600ISO. The results between the regular and stand aren’t incredibly surprising. The surprise came from just how well you can pull C200! 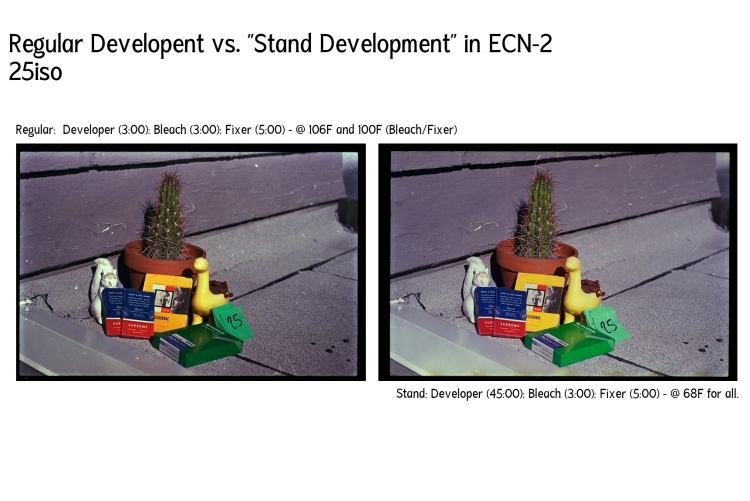